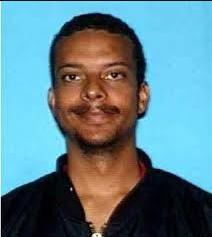 Stephen Clancy Hill (May 8, 1976 – June 5, 2010) was a Biracial pornographic actor who performed under the screen name Steve Driver. He died while being apprehended by police for the alleged murder of fellow actor Herbert Hin Wong as well as assault on two other individuals. On June 1, 2010, Hill was accused of attacking the three with a sword.1998 chargesIn 1998, Hill was arrested and charged with assault with a handgun while a student at the University of Maryland. The victim in that incident was a teaching assistant who refused to give him an A on a test he had not taken. He was convicted of 2 lesser charges and sentenced to: 5 years imprisonment with all but 2 suspended, and 5 years probation. This was subsequently amended to 18 months house arrest. While on house arrest Hill began watching internet pornography religiously. During the 18 months he became more of a recluse, applied for and received numerous credit cards, and purchased large amounts of online pornography, with no intention of ever paying the creditor's bills. When his sentence was over he could not get work due to his charge and bad credit, which is when he chose a new life in a new city as a prospective porn star. (Information accredited directly from Hill's father during Investigation Discovery interview) 2010 murderAccording to police reports, in June 2010, Stephen Hill had been told he was terminated from Ultima DVD and was being evicted from the premises. The incident escalated, resulting in Hill attacking a man in the back of the building. Two others, including Herbert Wong, rushed to the victim’s aid and were cut with repeated swings of a movie prop Samurai-style machete. All three victims were rushed to Northridge Hospital Medical Center where Wong was pronounced dead.Victims: 1.Herbert Hin Wong (黄兴)(August 15, 1979 – June 1, 2010) was a fellow pornographic actor. Wong was originally from Monterey Park, California and attended Alhambra High School located in the city of Alhambra, California. Upon high school graduation he attended the University of California, Riverside. He died at Northridge Hospital Medical Center at the age of 30. Wong's movie credits under an alias of "Tom Dong" include “Kristina Rose: Dirty Girl” (2008), “Hookers and Blow 3” (2008), “Cum Coat My Throat 5” (2008) and “Perverted Planet 4” (2009). Death:Four days later on June 5, Hill was surrounded by a SWAT team in a residence located around Azul Drive in West Hills. Hill climbed a nearby hill area and was brandishing a sword which he threatened to use to kill himself. Video recording shows that Hill was first shot near the right shoulder by a policeman, most likely with a non lethal gun. Hill, cornered, went closer to the edge of the cliff. A second shot was fired by another policeman. Then Hill got even closer to the edge, and only then attempted a jump that eventually killed him. The police described the action as a "less than lethal munition".