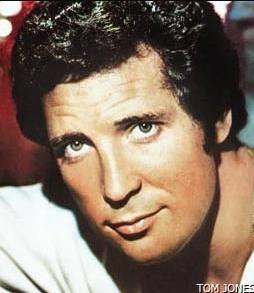 Tom is alive and kicking and is currently 82 years old.
Please ignore rumors and hoaxes.
If you have any unfortunate news that this page should be update with, please let us know using this .

Does Tom Jones Have the coronavirus?

Tom Jones is a Welsh singer who was born on June 7, 1940. Sir Thomas John Woodward received a Grammy Award for Best New Artist in 1966, an MTV Video Music Award in 1989, and two Brit Awards: Best British Male in 2000 and the Outstanding Contribution to Music award in 2003. Jones was awarded an OBE in 1999, and was knighted by Queen Elizabeth II for services to music in 2006.
Jones's voice has been described as a "full-throated, robust baritone". He became the frontman in 1963 for Tommy Scott and the Senators, a Welsh beat group. They soon gained a local following and reputation in South Wales. In 1964, the group recorded several solo tracks with producer Joe Meek, who took them to various labels, but they had little success. Later that year, Decca producer Peter Sullivan saw Tommy Scott and the Senators performing in a club and directed them to manager Phil Solomon, but the partnership was short-lived.

In 1967, Jones performed in Las Vegas for the first time, at the Flamingo. His performances and style of dress became part of his stage act, and increasingly featured his open, half-unbuttoned shirts and tight trousers. He soon chose to record less, instead concentrating on his lucrative club performances. His shows at Caesars Palace were a knicker-hurling frenzy of sexually charged adulation and good-time entertainment. Women started throwing hotel room keys onto the stage.
Jones was married to Linda (born 1941 as Melinda Rose Trenchard) from 2 March 1957 until her death on 10 April 2016. They stayed married despite his many well-publicised infidelities. The couple had one son, Mark Woodward (born 1957).