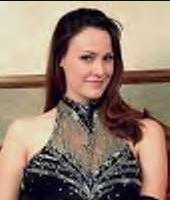 Veronica is alive and kicking and is currently 49 years old.
Please ignore rumors and hoaxes.
If you have any unfortunate news that this page should be update with, please let us know using this .

Veronica Snow, also known simply as Veronica, is an adult movie actress who got her start in the fast paced world of adult entertainment in 2001. Since her debut Veronica has featured in over ninety titles from various high end studios including: Girlfriend Films and Fetish Films. She is known for her ability to work within all kinds of different genres.
She entered adult film in her mid 20's as Veronica Snow. Briefly (for only a matter of months) used the name Victoria Blue before recently (2012) returning to the screen as Veronica Snow. She is a managing partner of the adult film production company "Girlfriends Films".

Veronica was contracted to Mother Productions, later known as Starr productions, for the majority of her career. It is here that she developed her trademark "Nurse Lick" persona and "women only" performance.