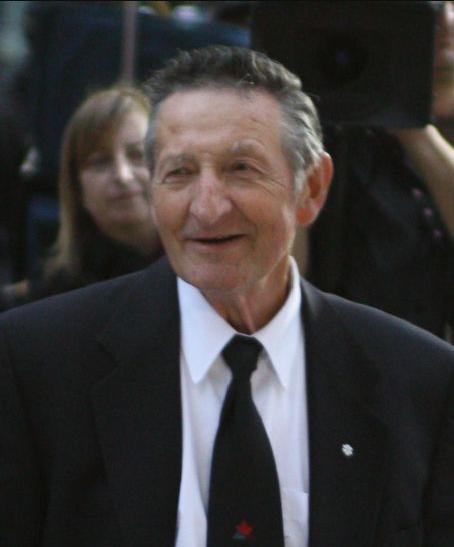 Walter is alive and kicking and is currently 84 years old.
Please ignore rumors and hoaxes.
If you have any unfortunate news that this page should be update with, please let us know using this .

Walter Gretzky, CM, O.Ont (born October 8, 1938) is a Canadian who is best known as the father of NHL legend Wayne Gretzky. The elder Gretzky, an avid hockey player as a youth and a keen analyst of the game, is credited by his famous son as playing a key role in his phenomenal success as a player. Walter coached his hockey-loving son continuously, starting at age three, building him a backyard rink, devising creative exercises and drills, teaching him profound insights into how to play successfully, and accompanying him to most of his games. He is famous for instructing Wayne and his brothers to “Go to where the puck is going, not where it has been."
Walter was an installer and repairman for Bell Canada for 34 years, retiring in 1991. A work-related injury he suffered in 1961 left him in a coma, and resulted in deafness in his right ear. Five days after his 53rd birthday in 1991, he suffered a near-fatal brain aneurysm which destroyed his short-term memory. His physical therapist, Ian Kohler, married his daughter Kim in 1995. His ordeal is the basis of the CBC movie Waking Up Wally: The Walter Gretzky Story. He spends his time helping charities and fundraisers and coaching at his summer youth hockey camp in California. In his book Walter recounts that during his recovery from his brain aneurysm, the only language he could speak was Ukrainian.

Fans come to his house to see his basement, stuffed with mementos from Wayne's amateur career, and his backyard, which, every winter, was turned into a "rink" on which Walter taught his sons and their friends to play hockey. The "rink" was replaced by a swimming pool on the day Wayne was traded to the Los Angeles Kings. His other children – Kim, Keith, Glen, and Brent – were also athletic. Brent, drafted by the Tampa Bay Lightning, played 13 NHL games. Keith, drafted by the Buffalo Sabres in 1985, never made it to the NHL, but has coached in the minors (he was Brent's coach when both were with the UHL Asheville Smoke). Kim was an exceptional track and field star, but broke her foot at the age of 15 and never ran again.