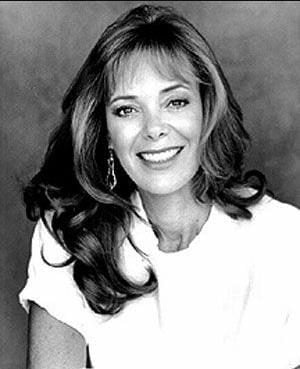 Anne is alive and kicking and is currently 68 years old.
Please ignore rumors and hoaxes.
If you have any unfortunate news that this page should be update with, please let us know using this .

Does Anne Lockhart Have the coronavirus?

Anne Lockhart's mother, June Lockhart, is still alive and kicking at the age of 96. She is American and has had a career as a actress.

Anne Kathleen Maloney, known professionally as Anne Lockhart, is an American actress best known for her role as Lieutenant Sheba in the original Battlestar Galactica series.
Lockhart's first film role was playing Dora in the 1973 western Jory. That same year, she appeared in the critically acclaimed Hallmark Hall of Fame episode Lisa, Bright and Dark, alongside Kay Lenz, Anne Baxter and John Forsythe. She then appeared in the films Sunburst (1975) and Joyride (1977), with Robert Carradine and Melanie Griffith. She played the young Eunice St. Clair in the 1986 horror film Troll, with her mother playing the older version of her character. Her other film credits include Just Tell Me You Love Me (1978), Hambone and Hillie (1983), Young Warriors (1983), The Oasis (1984), The Serpent Warriors (1985), Dark Tower (1989), Big Bad John (1990), Bug Buster (1998), A Dog's Tale (1999), Daybreak (2000), Cahoots (2001), Hollywood, It's a Dog's Life (2004), ExTerminators (2009) and Dakota's Summer (2014).

Though Lockhart herself claims no recollection of being approached, she was reportedly John Carpenter's first choice to play the role of main character Laurie Strode in Halloween (1978). Other commitments kept her from doing so.
Lockhart was born Anne Kathleen Maloney on September 6, 1953, in New York City, and raised in California. She is the elder of two daughters of actress June Lockhart and her first husband, Dr. John F. Maloney, and the granddaughter of actors Gene and Kathleen Lockhart. Her great-grandfather was professional concert singer John Coates Lockhart. On December 24, 1986, she married assistant director Adam Carlyle Taylor, the son of actor Buck Taylor and grandson of actor Dub Taylor. She and Taylor had two children, Carly and Zane. Adam Carlyle Taylor died June 4, 1994, in an accident. A Roman Catholic, she met Pope John Paul II in 1985 while filming Troll in Rome.