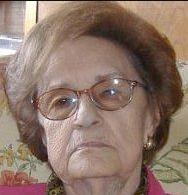 María del Socorro Tellado López (April 25, 1927, El Franco, Asturias – April 11, 2009), known as Corín Tellado, was a prolific Spanish writer of romantic novels and photonovels that were best-sellers in several Spanish-language countries. She published more than 4,000 novels and sold more than 400-million books which have been translated into several languages. She was listed in the 1994 Guinness World Records as having sold the most books written in Spanish.