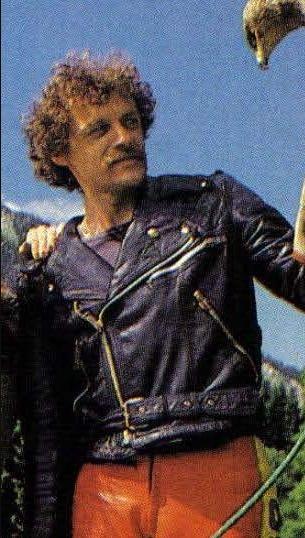 Dieter passed away on December 31, 1983 at the age of 45 in Baja California, Mexico. Dieter's cause of death was motorcycle accident.

Dieter Bockhorn worked as a waiter in Bonn and later in Hamburg. There, he opened his first in the late 1950s Nightclub, "L` Amour ". A few years later came the "Baby Doll "- both on the Reeperbahn located. In the 1960s, Bockhorn increasingly established as Nightclub operator, bartender and owner of Strip clubs in Hamburg Red light district. Contrary to different representations he was there but not as Pimp active. Its huge commercial success earned him the nickname " Prince of the neighborhood one .
Bockhorn its Reeperbahn clubs and focused on the legendary Warehouse Cafe AdlerHe in a former drugstore on Weidenstieg in the Hamburg district Eimsbüttel had opened. The restaurant - a mix of pub , gallery and platform for advanced performance artist - quickly became a hot spot for drug trafficking and locally well-known . Among the guests were like rock stars Alvin Stardust and Rats BoomtownBut also Rudolf Augstein Hamburger and some local politicians .

During his time in Hamburg used Bockhorn an extravagant lifestyle. His apartment was decorated with both antiques and replicas of historical busts as well as with animal skulls and marijuana plants. His gold Rolex he kept in an aquarium with piranhas to occupy. As he kept a pet monkey named Cheetah. Bockhorn was polydrug - He consumed Heroin, Cocaine, Marijuana, LSD and on his travels through Asia and Opium.
On 31 Dieter Bockhorn died in December 1983 on his last trip with Uschi Obermaier in Baja California ( Mexico). He bounced on his Motorcycle drunk and speeding at an oncoming truck. Whether it is a Accident or Suicide acting , is still unclear. The day before, Bockhorn had said to his companions , "Tomorrow is the last day . "The suicide theory is mainly based on this quote and the reports of Uschi Obermaier , Bockhorn that have been found increasingly in Baja California resigned. Uschi Obermaier said himself, however, in several interviews that they personally believe in an accident. Dieter Bock Horn`s body was cremated and the ashes into the Pacific scattered. A grave does not exist.