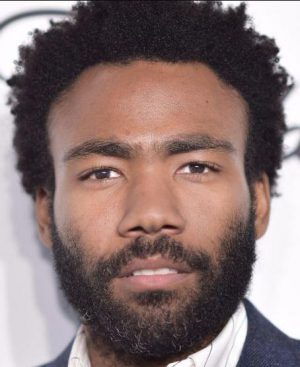 Donald is alive and kicking and is currently 39 years old.
Please ignore rumors and hoaxes.
If you have any unfortunate news that this page should be update with, please let us know using this .

The multi-talented Donald Glover is a writer, actor, musician, comedian, producer and director, who performs under the stage names Childish Gambino and mcDJ. He was born Donald McKinley Glover at Edwards Air Force Base, California, and was raised in Stone Mountain, Georgia. His mother, Beverly (Smith), ran a daycare center, and his father, Donald Glover, is a retired postal worker. He is not, despite rumors, related to actor Danny Glover. He has a younger brother, Stephen Glover, a screenwriter and producer. Donald graduated from New York University with a degree in Dramatic Writing in 2006.
Donald McKinley Glover Jr. was born on September 25, 1983 at Edwards Air Force Base in Kern County, California. He was raised in Stone Mountain, Georgia. His mother, Beverly (née Smith), is a retired daycare provider, and his father, Donald Glover Sr., is a retired postal worker. His parents also served as foster parents for 14 years. Glover was raised as a Jehovah's Witness. He attended DeKalb School of the Arts and was voted "Most Likely to Write for The Simpsons" in his high school yearbook.

Glover graduated from the New York University Tisch School of the Arts with a degree in Dramatic Writing (2006). While at Tisch, Glover self-produced the independent mixtape The Younger I Get, which was not released and was disowned by Glover for being "too-raw ramblings" of what he calls a "decrepit Drake". Glover also began disc jockeying and producing electronic music under the moniker MC D—later as mcDJ— remixing Sufjan Stevens' album Illinois (2005).
Glover has a younger brother, writer/producer Stephen, who also earned an Emmy nomination for Outstanding Writing for a Comedy Series for Atlanta.
In January 2017, Glover revealed that he and his partner, Michelle, had had a son in early 2016. In June, he revealed that his son had been named Legend, before performing "Baby Boy" in tribute to his son. In September, he revealed that he and Michelle were expecting their second son, who was reportedly born in January 2018.