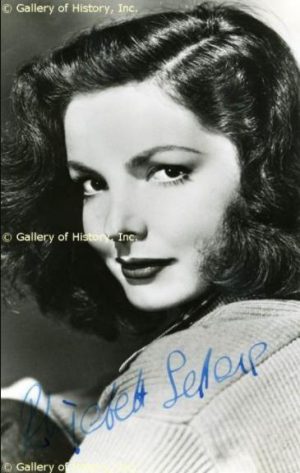 Elizabeth is alive and kicking and is currently 99 years old.
Please ignore rumors and hoaxes.
If you have any unfortunate news that this page should be update with, please let us know using this .

Elizabeth Sellars (born 6 May 1923) is a British actress. Sellars was born in Glasgow, Scotland. She appeared on the stage from the age of 15, and trained at the Royal Academy of Dramatic Art. She also studied law for five years in England.
She made her first London appearance in 1946 in The Brothers Karamazov, and later appeared with the Royal Shakespeare Company as Elizabeth in Richard III, Helen in Troilus and Cressida, Gertrude in Hamlet and Hermione in The Winter's Tale.

Sellars entered films in 1949 with Floodtide. She appeared in a string of British films in the 1950s and 1960s, and also a few Hollywood films, usually in secondary roles, including The Barefoot Contessa (1954), Désirée (1954), Prince of Players (1955), The Day They Robbed the Bank of England (1960), 55 Days at Peking (1963) and The Chalk Garden (1964). She has also appeared frequently on television, most notably in A Voyage Round My Father (1982) with Laurence Olivier.
On 8 September 1960, Sellars married Francis Austin Henley in Stow-on-the-Wold, England.