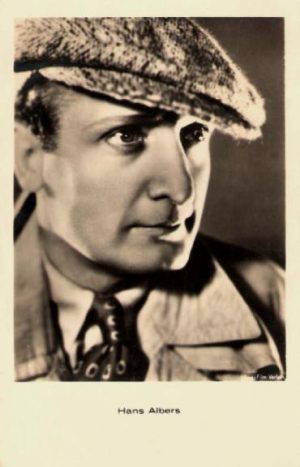 Hans passed away on July 24, 1960 at the age of 68 in Kempfenhausen, Bavaria, Germany. Hans's cause of death was heart attack.

Life companion was the actress Hansi Burg. Their relationship started in 1925. They separated in 1935 due to the pressure of the German Nazi government. In 1938 she went into exile in Switzerland (later London). Shortly after this she married the Norwegian Erich Blydt. Burg returned to Germany and Albers in 1946. They lived together until his death 1960. She died 15 years later.