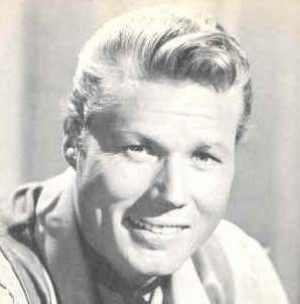 Robert passed away on January 25, 1995 at the age of 63 in Los Angeles, CA. Robert's cause of death was cirrhosis.

Actor John Smith may best be remembered for starring in the television westerns Cimarron City and Laramie, but he also played supporting roles in numerous feature films. Smith was born Robert Earl Van Orden in Los Angeles. He began his career singing with the Bob Mitchell Choir Boys. The musical group appeared in two Bing Crosby efforts Going My Way (1944) and The Bells of St. Mary's (1946). While one might think a distinguished-sounding name such as Robert Van Orden has as star quality all its own, the actor himself didn't agree and partially as a jest decided to change his name to the more generic John Smith. Accompanied by agent Henry Willson (the man who provided Tab Hunter and Rock Hudson with their stage names), Van Orden went before a skeptical judge. When asked why he would adopt such a plain-jane name, Van Orden claimed that he would be the only actor in Hollywood with that name. Thus far, he has been right. As John Smith, his film credits include The Kettles on Old Mac Donald's Farm (1957), Circus World (1964) and Justin Morgan Had a Horse (1981).