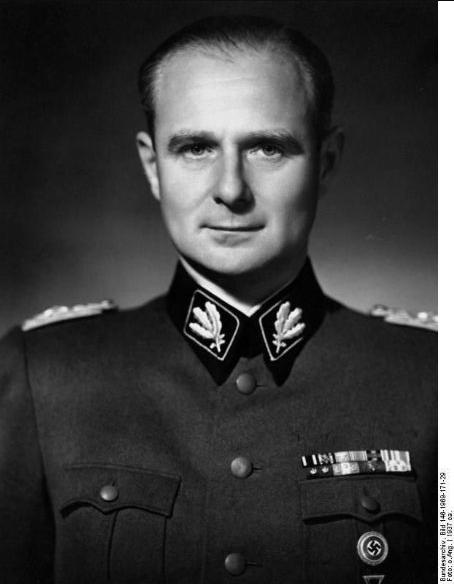 Karl Friedrich Otto Wolff (13 May 1900 – 17 July 1984) was a high-ranking member of the Nazi SS, ultimately holding the rank of SS-Obergruppenführer and General of the Waffen-SS. He became Chief of Personal Staff to the Reichsführer (Heinrich Himmler) and SS Liaison Officer to Hitler until his replacement in 1943. He ended World War II as the Supreme Commander of all SS forces in Italy. After the war, Wolff was also a central witness as to the alleged plot to kidnap Pope Pius XII.