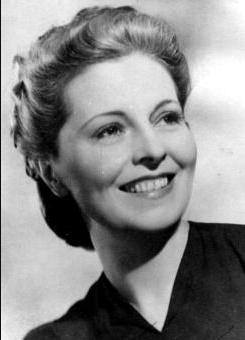 The daughter of a toy manufactuer, British actress Nora Swinburne was on stage from age 10, then went on to polish her skills at the Royal Academy of Dramatic Art. She became a favorite in silent films upon her debut in 1920's Saved From the Sea, maintaining her popularity into the talkie era. Occasionally spelling her British work with American pictures, Ms. Swinburne appeared in such Hollywood-financed films as Dinner at the Ritz and The Citadel, but remained in England for the War Years. She worked steadily as a character actress in several international productions of the '50s, looking stately but radiant in such costume epics as Quo Vadis (1951) and Helen of Troy (1955). Active in films until the early '70s, Nora Swinburne was long married to another well-known British film actor, Esmond Knight, with whom she acted in Helen of Troy and Anne of a Thousand Days (1969).