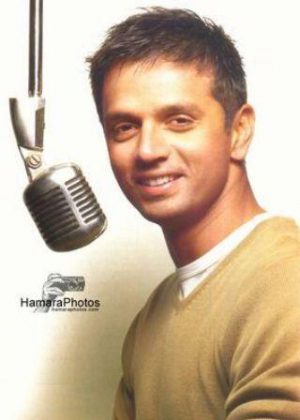 Rahul is alive and kicking and is currently 49 years old.
Please ignore rumors and hoaxes.
If you have any unfortunate news that this page should be update with, please let us know using this .

Rahul Dravid (Marathi: राहुल द्रविड़, Kannada: ರಾಹುಲ್ ದ್ರಾವಿಡ್,  pronunciation ; born 11 January 1973) is a former Indian cricketer and captain, widely regarded as one of the greatest batsmen in the history of cricket. Born in a Marathi family, he started playing cricket at the age of 12 and later represented the state team at the under-15, under-17 and under-19 levels. Hailed as The Wall, Dravid was named one of the best five cricketers of the year by Wisden Cricketers' Almanack in 2000 and received the Player of the Year and the Test Player of the Year awards at the inaugural ICC awards ceremony in 2004. In December 2011, he became the first non-Australian cricketer to deliver the Bradman Oration in Canberra.