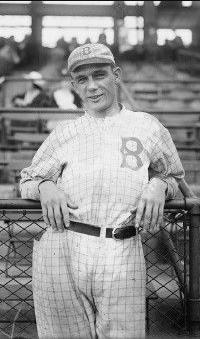 Richard passed away on June 1, 1980 at the age of 93 in Baltimore, Maryland. Richard's cause of death was cancer.

Richard William "Rube" Marquard was an American left-handed pitcher in Major League Baseball in the 1910s and early 1920s. He achieved his greatest success with the New York Giants. He was inducted into the Baseball Hall of Fame in 1971.