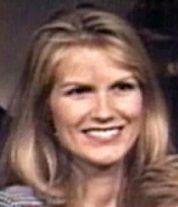 Sheila passed away on November 7, 1997 at the age of 35 in Sarasota, Florida, USA. Sheila's cause of death was homicide.

Sheila Bellush was a mother of six who was murdered on November 7, 1997 by a hired gunman named Joey Del Toro, on the orders of her ex-husband, Allen Blackthorne. Blackthorne, who had stalked Bellush since their divorce in 1987, allegedly wanted custody of their two children.