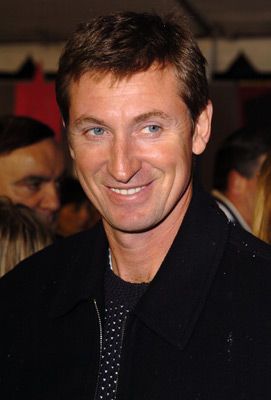 Wayne is alive and kicking and is currently 61 years old.
Please ignore rumors and hoaxes.
If you have any unfortunate news that this page should be update with, please let us know using this .

Does Wayne Gretzky Have the coronavirus?

Wayne Gretzky's father, Walter Gretzky, is still alive and kicking at the age of 83.

Wayne Gretzky's mother, Phyllis Hockin, died on December 19, 2005 as she was 64 years old. Her cause of death was lung cancer.

Arguably hockey's greatest player, Wayne Gretzky played for the Edmonton Oilers, Los Angeles Kings, St. Louis Blues and the New York Rangers during his long career. Wayne Gretzky was born in Brantford, Ontario, Canada, in 1961. He started skating at age 2 and by the age of 6 was regularly playing with older boys. He played his first full NHL season in 1979-80 for the Edmonton Oilers. Over the next two decades, he dominated the sport, setting a host of league records. He retired in 1999 and was inducted into the Hall of Fame that same year.
Gretzky has made several TV appearances, including as a Dance Fever celebrity judge, and an 'unforgettable appearance', acting in a dramatic role alongside Victor Newman in The Young and the Restless in 1981. In 1984, he travelled to the Soviet Union to film a television program on Russian goaltender Vladislav Tretiak. Gretzky hosted the Saturday Night Live comedy program in 1989. A fictional crime-fighting version of him served as one of the main characters in the cartoon ProStars in 1991. In December 2016, Gretzky appeared briefly in a cameo on a Christmas episode of The Simpsons as a winter character.

Gretzky's career achievements include many awards and honours. He won a record nine Hart Trophies as the most valuable player in the NHL. Between 1981 and 1994, he won the Art Ross Trophy, presented to the NHL's season points leader, 10 times. Gretzky was named the MVP of the Stanley Cup playoffs in 1985 and 1988, receiving the Conn Smythe Trophy. In addition, he earned the Lester B. Pearson Award (now Ted Lindsay Award) on five occasions; the award is given to the NHL's "most outstanding player", as determined by National Hockey League Players' Association members. The Lady Byng Trophy, awarded for sportsmanship and performance, was presented to Gretzky five times between 1980 and 1999.
A number of awards and trophies have been created under his name. The Wayne Gretzky International Award is presented by the United States Hockey Hall of Fame to honour international individuals who have made major contributions to the growth and advancement of hockey in the United States. The Wayne Gretzky 99 Award is awarded annually to the Most Valuable Player in the Ontario Hockey League playoffs. The Wayne Gretzky Trophy is awarded annually to the playoff champion of the OHL's Western Conference. The Edmonton Minor Hockey Association also has an award named for Gretzky.