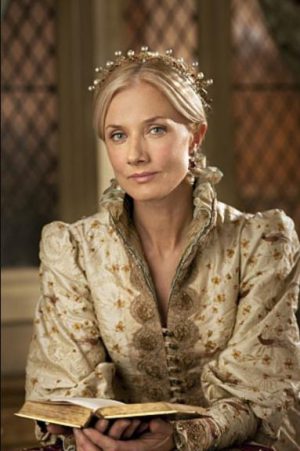 Catherine passed away on September 5, 1548 at the age of 41. Catherine's cause of death was puerperal fever.

Catherine Parr was Queen consort of England and Ireland and the last of the six wives of King Henry VIII of England. She married Henry VIII on 12 July 1543. She was the fourth commoner Henry had taken as his consort, and outlived him. She was also the most-married English queen, as she had a total of four husbands.
Catherine gave birth to her only child, a daughter, Mary Seymour, named after Catherine's stepdaughter Mary on 30 August 1548. Catherine died eight days later, on 7 September 1548, at Sudeley Castle in Gloucestershire, from what is thought to be childbed fever. This illness was common due to the lack of hygiene around childbirth.

Thomas Seymour was beheaded for treason on 20 March 1549, and Mary Seymour was taken to live with the Dowager Duchess of Suffolk, a close friend of Catherine's. Catherine's other jewels were kept in a coffer with five drawers at Sudeley and this was sent to the Tower of London on 20 April 1549, and her clothes and papers followed in May.
After a year and a half, on 17 March 1550, Mary's property was restored to her by an Act of Parliament, easing the burden of the infant's household on the duchess. The last mention of Mary Seymour on record is on her second birthday, and although stories circulated that she eventually married and had children, most historians believe she died as a child at Grimsthorpe Castle in Lincolnshire.