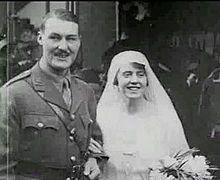 Felicity passed away on September 15, 1978 at the age of 82 in Brancaster, Norfolk, England. Felicity's cause of death was heart failure.

Felicity Tree's father, Herbert Beerbohm Tree, died on July 2, 1917 as he was 64 years old. His cause of death was pulmonary blood clots.

Felicity, Lady Cory-Wright was an English baronetess and high society figure. A daughter of the actors Sir Herbert Beerbohm Tree and Helen Maud Holt, she appeared regularly in news of the time starting from infancy.