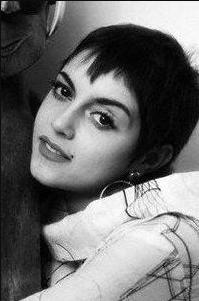 Liliane Montevecchi (born October 13, 1932) is a French-Italian actress, dancer, and singer.
Montevecchi began her international career as a prima ballerina in Roland Petit's dance company. She appeared in The Glass Slipper with Michael Wilding and Daddy Long Legs (with Fred Astaire), in both of which she was acting with leading lady Leslie Caron. In the mid-1950s she was signed to a contract by MGM, which cast her in various roles in such films as Moonfleet with Stewart Granger and Meet Me in Las Vegas with Cyd Charisse and John Brascia. She then played in the Jerry Lewis vehicle The Sad Sack, King Creole with Elvis Presley, and The Young Lions with Montgomery Clift, Dean Martin and Marlon Brando. She knew Gene Kelly, Elizabeth Taylor and Clark Gable, and she took classes at the Actors Studio in New York, alongside Marilyn Monroe.

In Seattle, Washington as well as San Francisco, Montevecchi had a very successful turn as "Madame ZinZanni" at Teatro ZinZanni beginning with the production at its opening ans appearing alongside Frank Ferrante, Michael Davis (juggler), Les Castors, Dreya Weber, Mat Plendl and many other talented artists. She took part in the recording of the album The Divas with Joan Baez, Thelma Houston, Sally Kellerman, Christine Deaver, Debbie de Coudreaux, Francine Reed, Juliana Rambaldi and Kristin Clayton in 2006.
In December 2010, Kaye Ballard, Montevecchi and Donna McKechnie starred in a Santa Fe production of From Broadway with Love, directed by Richard Jay-Alexander and staged at the Lensic Theater. In early 2012, she joined with Kaye Ballard and Lee Roy Reams for the musical review Doin' It For Love, music directed by David Geist. The show played Austin, Texas and Los Angeles. All profits benefited animal protection and advocacy.