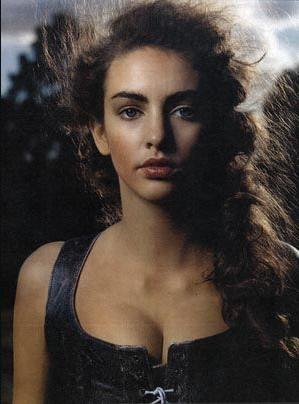 Rose is alive and kicking.
Please ignore rumors and hoaxes.
If you have any unfortunate news that this page should be update with, please let us know using this .

"The Hanbury sisters, Marina Jane and Sarah Rose. Born to Timothy ‘Timmy’ Hanbury, a website designer, and Emma, who owns and runs the Marosa fashion label.
They also have younger brother David Mark James.Both girls were models with Storm agency. Both dropped modelling for careers in politics. Both married rich elderly aristocrats.

On 24 June 2009, Rose married David Cholmondeley, 7th Marquess of Cholmondeley (a.k.a. David Rocksavage), 24 year her senior. It’s a first marriage for both. On 12 Oct 2009 Rose gave birth to twin boys, who were originally expected in January.
The elder twin, Alexander Hugh George, bears the courtesy title of Earl of Rocksavage, while the younger is known as Lord Oliver Timothy George Cholmondeley."
She is the woman at the center of a very royal scandal that has it all: a future monarch with a wandering eye; an elite social circle in the idyllic English countryside; and a strange silence from the British tabloids, who usually leap on every royal misstep.